Awhile ago my nieces made a parody music video which was apparently really funny.  They had been wanting to make another video with some of their friends and decided their 11th birthday party would be the perfect opportunity.

My sister came up with a Hollywood Movie theme with a casting call audition and she employed me to come up with some invitations for her.

I wanted to make a movie clapper as the envelope, my sister wanted a casting call flyer as the invitation.

I changed her mind.  I really wanted to make the invitation look like old 35 mm film.  I wanted to print the information on velum with a picture of the girls. 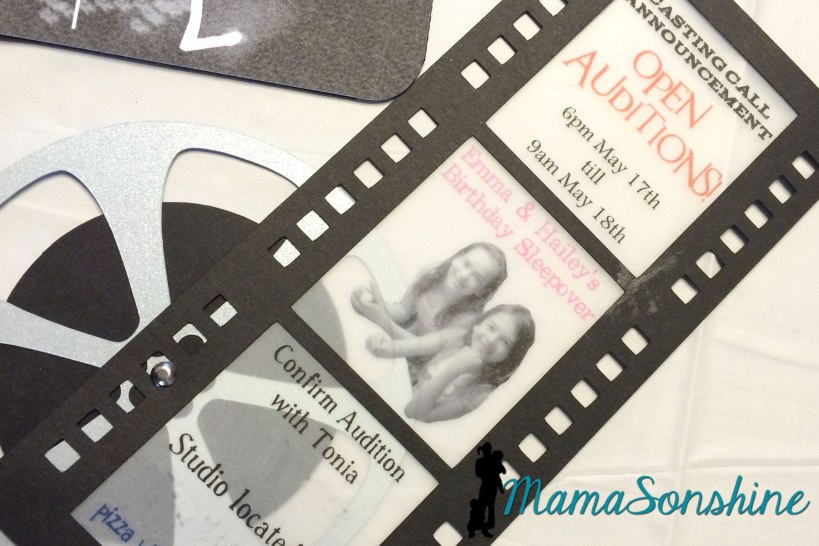 While the film was the length of the clapper, it wasn’t wide enough.  I didn’t want it to get lost in the envelope pocket so I added the film reel.

I used Photoshop to make the clapper image look like a chalkboard.  I then used my Silhouette Cameo to cut all the components out. 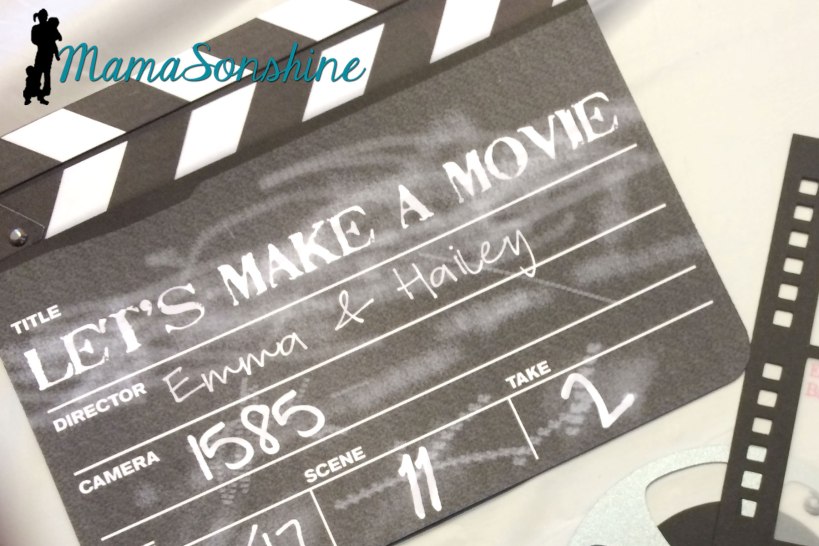 I used Silhouette’s print n’ cut feature for the front of the clapper, the back is black card stock.  I cut out the main part with the bottom strip as one piece, the triangle on the left and the top strip board were separate pieces.  I used brads to connect the three pieces and allow for movement of the top part.

These invitations are pretty big, and would have been more expensive to mail, but since they were just being handed out at school, we didn’t have to worry about that.

Luckily Party City had a ton of Hollywood Movie decorations that my sister was able to find.

I know, typically I would have made all these, but time just flew by and before we knew it, it was time for the party and I had no decorations made.

The family room was set up as a karaoke station.  I don’t know how many times we heard “Let it Go” that night.

Since it was a slumber party my sister limited the number of guest and we were able to set the table for pizza. 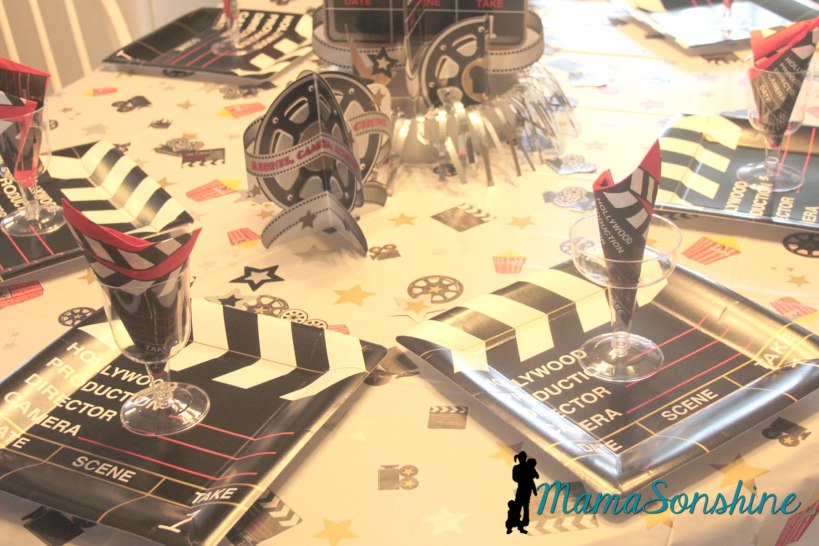 I have never had a party where we could do a table setting and it was fun!

My nieces insisted on the plastic wine & champagne glasses.

They also had a photo booth set up, and we used a black plastic table-cloth for the back drop. 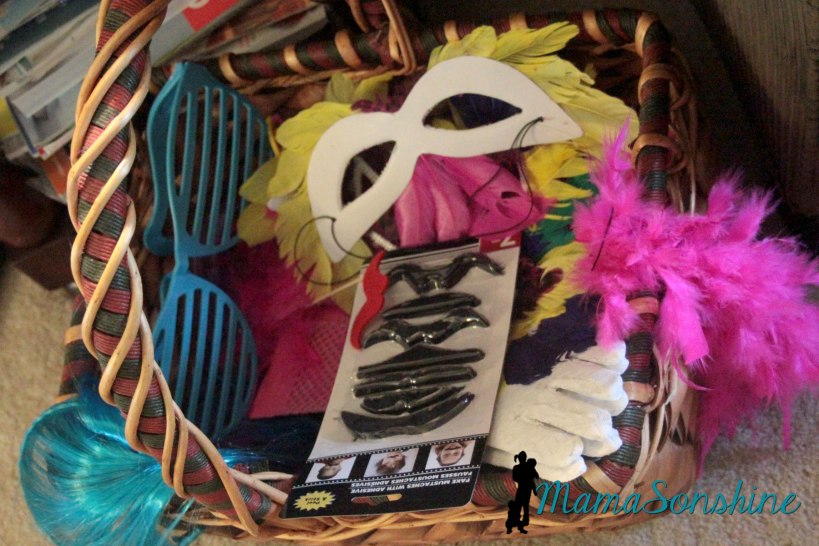 She had a basket full of photo props.

Each guest received a popcorn box full of other goodies, like scarves my mom made and little top hat head bands. 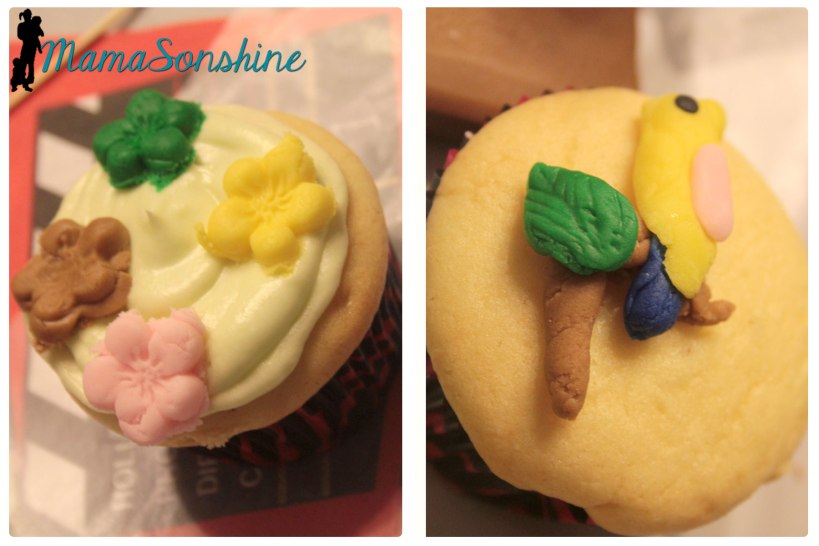 Since my nieces love playing with fondant, my sister decided to let the kids decorate the cupcakes.  It keeps them occupied and saves on the work for her.

The girls had a great time and got the new video made.  Since I am just the aunt I got to leave after they consumed all the sugar and got all giggly.

Thanks for visiting and remember to Shine On

I linked up here: